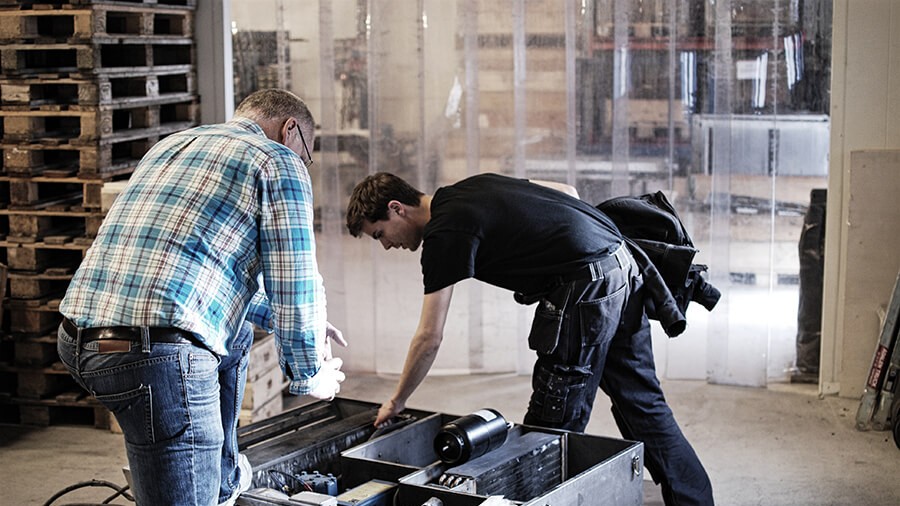 Posted at 15:00h in New product by MKK
Share

MKK has developed the AC 500 – a new type of compact unit that can operate in ambient temperatures up to 70°C.

MKK has in recent years received feedback from smelter customers that they are logging higher and higher temperatures in their operator cabins. Consequently, their existing units have struggled to cool cabins during temperature peaks.

Together with an Alcoa smelter, MKK has developed the AC 500. This is a heavy duty unit as an alternative to the existing AC 400 units that are in operation in many smelters around the world.

The existing AC 400 unit has a maximum ambient temperature of 60°C whereas this new unit can operate in up to 70°C. This is made possible by equipping the unit with a new condenser and a new type of compressor.

It will be able to operate during the temperature peaks during the summer and will run more smoothly throughout the year due to higher capacity, thus reducing wear and tear.

The unit is designed so that it can both be mounted on a container wall or on a cabin wall. MKK can supply the unit with a frame for mounting, or it can be mounted directly on the wall itself. It is equipped with contacts for main power and control power to simplify installation.

The unit has been in operation during the last 7 months, and have received very positive feedback from the customer.